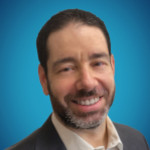 Nightfood founder Sean Folkson is a formerly frustrated nighttime snacker whose late-night cravings led him to seek a better solution for himself and others.  When he couldn't find a night snack he could keep in the house that would be healthy, delicious, convenient, and sleep friendly, he decided to create the Nightfood product line and bring it to market.

Prior to founding Nightfood, Folkson served as president of Specialty Equipment Direct, Inc., an online distributor of floor removal equipment which he founded and quickly grew to 7-figure revenues.

From 1998 through 2008 he served as president of AffiliatePros.com, Inc. an internet marketing company which he founded, and which provided the start-up capital to launch Specialty Equipment Direct.

Mr. Folkson received a B.A. in Business Administration with a concentration in marketing from S.U.N.Y Albany in 1991.

Folkson was elected president, CEO and a director upon formation of the Company. He has been CEO and President of our subsidiary Nightfood, Inc., a New York corporation, since its formation.

Jim Christensen is the former Vice President of Ice Cream Sales for Unilever.  For over 20 years at Unilever, he led sales and distribution initiatives for brands such as Ben & Jerry's, Klondike, Breyers, and Good Humor.

Jim joined the Nightfood team in June of 2018.  His directive is to launch Nightfood ice cream rapidly into national distribution through supermarket, drug, convenience, and other channels.

Understanding that the overwhelming majority of at-home ice cream consumption occurs in the hours before bed, Christensen has identified Nightfood as the next evolution in better-for-you ice cream.

Isaacson, a CPA, has decades of full-time experience leading and growing start-up and fast-growth ice cream companies as Chief Executive Officer.  He possesses expertise in manufacturing, procurement, inventory management, branding, and enterprise level planning.  Isaacson has founded multiple companies that have manufactured and sold hundreds of millions of ice cream units. His companies have manufactured their own brands, as well as under license from Unilever, Ferrara, Jelly Belly, and the Great American Cookie Company.  Isaacson-led businesses currently supply ice cream and frozen novelty products to top US grocery operations like Target, HEB, and Walmart, alongside system and full service distributors like Performance Food Group and Southeast Frozen Foods.